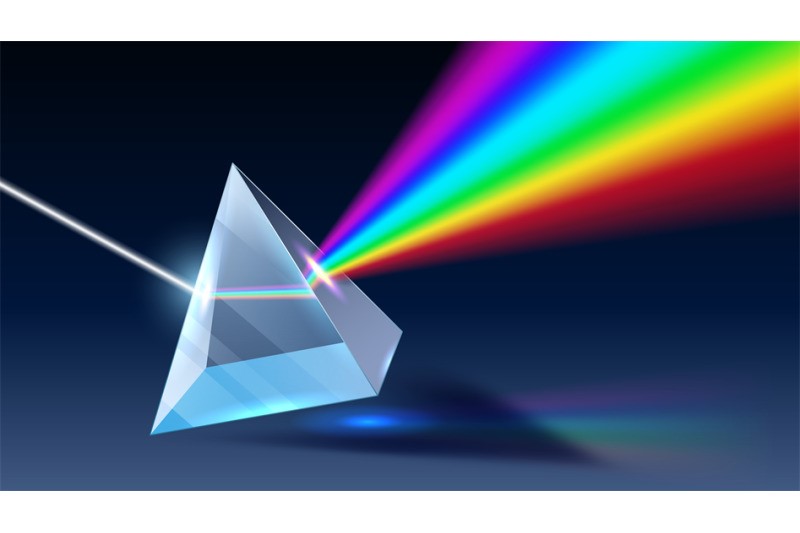 Prism is a homogenous , transparent medium bounded by two plane surfaces, inclined to each other at an angle.

A prism transmits light but slows it down. When light passes from air to the glass of the prism, the change in speed causes the light to change direction and bend. Due to the differences in the refraction index between the air and the glass, light bends once entering the prism. The image thus formed on a screen is called the spectrum. The principle colours are given by the word VIBGYOR.

OBJECTIVE :  Refraction through a Prism.

Refraction is the bending of light when it goes from one medium to another medium, when a ray of light passes through a glass prism, refraction of light occurs both, when it enters the prism as well as when it leaves the prism. Since the refracting surfaces are not parallel, therefore, the emergent ray and incident ray are not parallel to one another. In this case the ray of light is deviated on passing through the prism.

In 1665, Isaac Newton discovered that white light consists of seven colours. He found that if a beam of white light is passed through glass prism then it will split in to seven colours. These colours are red, orange, yellow, green, blue, indigo and violet (VIBGYOR).

The inclined angle of the prism is important for the refraction of light in the optical medium:

When a light ray strikes the surface of a dispersing prism, it is refracted upon entering according to Snell’s law and then passes through the glass until the second interface is reached. Once again, the light ray is refracted and are deviated towards the base of the prism. The prism produces displacement of the object seen through its towards apex.

Refraction through the prism depends on:

3. The image formed by a prism is erect, virtual and displaced towards the apex of the prism.Deviation is also reduced to a minimum, when light passes through the prism symmetrically.